Amber Rose is lashing out at Vibe Magazineafter being placed on the cover of their May 2011 ‘Sexy Issue.

As previously reported Rose was interviewed by the mag and spoke on a number of topics including her infamous ex, Kanye West.

Now after excerpts from the cover story were posted online, Rose is calling them “untrue” and “ridiculous.”

Lashing out at the urban culture mag, Rose took to Twitter to say,

“Just read my ‘interview’ in Vibe magazine, half the story was untrue and ridiculous!”

“Y’all don’t give a f*ck that I have a mom and family that’s gonna read that fake a** sh*t. I gave y’all a truthful interview and y’all f*cked me!”

Check out excerpts from her Vibe interview below.

Which quote do you think is “untrue” and “ridiculous?” 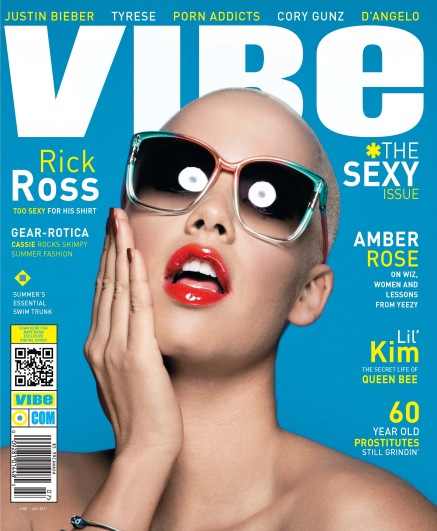 On Life Post-Kanye
What am I supposed to do? Crawl up in a corner and die ‘cause I’m not with Kanye anymore? Am I supposed to go back to the strip club and not take these opportunities that I have?

On her relationship with Reggie Bush
Me and Reggie [Bush] dated very briefly after Kanye…We were both each other’s rebound and we both knew that and were cool with that.

On why her story is relatable
I don’t have rich parents and it’s a struggle. I can’t just call my dad and be like, ‘Dad, my money is a little messed up. Can you buy me a car or a house? It’s not like that for me. I feel like more people will relate to my story than the Kardashians or the Hiltons.

On being iconic
Kanye would always tell be how beautiful I was and that I was going to be iconic. He always said that, ‘Baby, you are iconic. You don’t understand what you have. I didn’t. I didn’t understand it.

Tip Drillz Magazine is Houston's and Southeast Texas' number 1 source for everything, that's anything.
View all posts by Tip Drillz Staff »